← more from
Track Number Records
Get fresh music recommendations delivered to your inbox every Friday.
We've updated our Terms of Use. You can review the changes here. 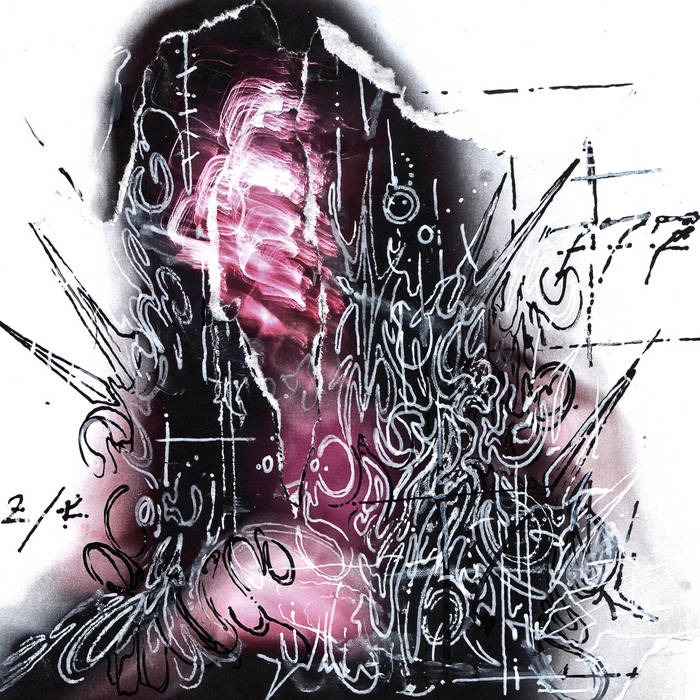 Fragments Remixed is a collaborative EP of tracks reworked and reimagined by a collection of body / negative’s most admired musical artists. Entirely redone remotely and with complete free reign, the six artists brought on by body / negative’s Andy Schiaffino were encouraged to breathe their own life into Fragments, turning the original short tracks into droning expeditions. Schiaffino also gave one of their favorite visual artists complete creative freedom to redo the shot that graces the cover of Fragments. This visual reworking was done by Portland-based multimedia artist Willow O’Toole. O’Toole infused the cover with sacred numbers, reiki and magick, experimenting with the original record’s themes of serenity and rebirth. Fragments Remixed is set to be released August 13, 2021.


Track one “Changeling,” a piece originally written for a benefit compilation for the LA DIY venue Chewing Foil and yet to be released, was remixed by deathscott (aka Scott Fitzgerald) of metal band Melted Bodies.


Track two “Letterhead” was remixed by The Flenser’s soul-striking, genre-bending revolutionary Midwife. Originally from Denver, Colorado, the soloist slowcore/shoegaze/ “heaven metal” musician takes on an ambient approach, delivering Letterhead like a newborn in a claustrophobic cave. Letterhead hangs like smoke lazily dangling itself in the moonlight; a ring of Saturn that lost its way in the space fog; enchanting to the ears like dust flickering off a ceiling fan.


“Space Between” (track three) was remixed by Wilshire Corridor, a former labelmate of body / negative, on the LA based punk label Dune Altar Records. As you listen; it’s easy to envision yourself crashing in space, floating against the current of gravity, watching your crew engulf in flames, while all you can do is stare and feel your stomach churning; an anxiety-powered underwater car crash.


“Figure 8” was remixed by Portland, Oregon ambient/drone artist Amulets. With Amulets’ trademark of subtle textures and layers upon layers of intense melodies, the remix cradles you like a fairytale slumber. The track seemingly falls backwards into an infinity pool, letting the water consume listeners as if it’s starving for touch.


“With You,” remixed by Chasms of LA-based darkwave label Felte, also familiar for their shoegaze and dream pop sounds, take a gigantic leap into the ambient soundscapes that body / negative has graciously prepared. Chasms’ take on the track “With You” plays out like whales communicating with machines, a deep dive of industrial snares and echo-breaching soundwaves that feel ethereal and unsound.


Closing track “Safe As Houses” is a complete rework by Dais Records post-punk/darkwave power duo Tempers. The reworking is without question, a dark, somber and devastating gasp of heavy air. Safe As Houses could serve as a funeral’s very own closing track; shaped by the darkest of synths, the track’s sadness can be felt and held like a coffee and cigarette come early morning. Tempers’ melancholy vocals resonate on past the end of the EP, leaving listeners enticed to know what collaborations may come next for body / negative.

body / negative is the solo musical expression of Andy Schiaffino.

Bandcamp Daily  your guide to the world of Bandcamp

Quelle Chris joins the show to discuss his most recent release, "DEATHFAME"